The Stockholm based hard rock quartet Abramis Brama returns with ”Tusen år”, a focused, dense album that stays true to band’s ideals – the heavy riffs, the groove, the Swedish lyrics – and also digs deeper with thoughtful and poetic lyrics, both celebrating and lamenting our existence as humans from the beginning of time into a future unknown.

”Tusen år” also marks the 20th anniversary of the band’s debut on the Swedish hard rock scene, when the band’s signature song ”Mamma talar” was picked up by Swedish national radio in 1998. The following year, Abramis Brama made their album debut with ”Dansa tokjävelns vals”, and the band quickly released a string of acclaimed albums including ”När tystnaden lagt sig…” (2001) and the monumental ”Rubicon” (2005).

Abramis Brama carries on a tradition of hard rock sung in Swedish, that started in the late 60’s by bands and artists such as November and Pugh Rogefeldt. The band’s influences range from the obvious forefathers and masters of the riff, Black Sabbath, Led Zeppelin, Mountain and Cream, to a wide variety of music including Swedish folk and psychedelia.

”Tusen år” was recorded and mixed in the band’s own Hagaton Musikstudio in Stockholm, Sweden by Mats Torkelsson – just like its predecessor ”Enkel biljett” (2014). The idea was to create a cohesive album that will take the listener on a journey through different vibes and emotions, and it also saw the band returning to an older way of recording. When the basic tracks were cut, some lead guitar parts and plenty of vocals – which were meant to be changed, later on – actually turned out to be really powerful. The initial takes were to a large extent kept to preserve the groove, attitude and conviction in the performances.

Founding member and guitarist Per-Olof Andersson wrote the title track (which translates as ”A thousand years”):

– ”Tusen år” is the oldest song of them all. Both the main riff and the whole song is probably the most Sabbath-esque on the album. The lyrics are about how the ruling elite and the church have used religion to fool, frighten and enslave the masses for power, wealth and territory. And still do.

”Tusen år” also contains the reflective ”Slutet av tunneln” (”The end of the tunnel”), which paints a picture of a childhood where fear, betrayal and addiction is constantly present. The straight-forward ”Vem är du?” (”Who are you?”) deals with the rat-race and struggles of everyday people. The album also features ”Vägen ut”, the band’s Swedish interpretation of the US cult band Ashbury song ”Vengeance”. 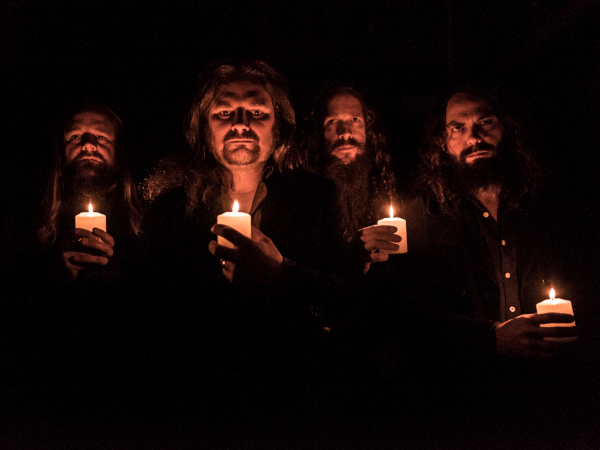