Originally formed in 2002 by Jonas Stålhammar and Anders Ekman at a party just to have an excuse to get drunk and bash out some old school Crusty Death Metal. Over time it grew into a proper band and a steady line up featuring Magnus Forsberg and PO Söderback (both from PUFFBALL). In 2008 the “Carnivores” EP was released on BLOOD HARVEST Records and the debut album “Chambers of Abominations” followed in 2010 Since then 3 more full-length albums and countless ep’s and splits followed and BOMBS OF HADES have continued to evolve their music into a more Progressive, Motörhead esque and Doomy style without really losing it’s Death Metal and Crust roots. Early 2016 right after “Death Mask Replica” was released to critical acclaim original bass player Ekman left the band to spend more time with his family. The logical replacement was Roger Iderman who had already filled in for Ekman during 2015. Band members have over the years been involved with bands like TRIBULATION (old thrash/death band), ABHOTH, GOD MACABRE, UTUMNO, DISSOBER, PUFFBALL, THE LET’S GO’S, THE CROWN, CRIPPLED BLACK PHOENIX, THE LURKING FEAR and AT THE GATES. 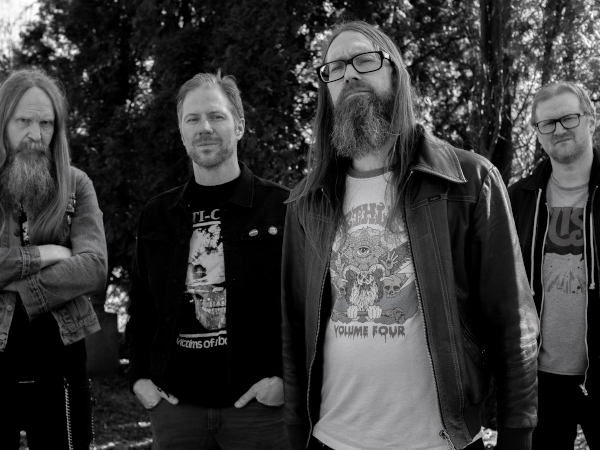