Formed in 2012, Siniestro has proven to be  an uncompromising and relentless freight train that strikes you from every direction simultaneously.

The band is a brute force but also combining elegance and delicacy into a woven monster of musical supremacy.

The dynamic duo of Commander (vocals, guitars, bass, organ) and The Machine (drums) is an assembly line producing a slaughtering breed of thrash metal riffing on the clock.

The darkness from black metal and the raw gutted attitude from GG Allin’s stained punk will constantly keep you watching your back.

From the cold, dark and harsh conditions above the arctic circle in Sweden, all the way down to the exotic fire, passion and pulse of Santiago Chile in South America, lies the secret mystique of Siniestro.

Being from the total opposite side of the earth, the meeting of Commander & The Machine proved to be like combining the perfect storm of nature’s strongest elements.

Siniestro has played numerous of festivals, tours & shows together with bands such as Destruction, Nervosa, Memoriam, Draconian, Necrophobic, Ragnarök and are now ready to unleash their second full length onto the unexpecting masses. 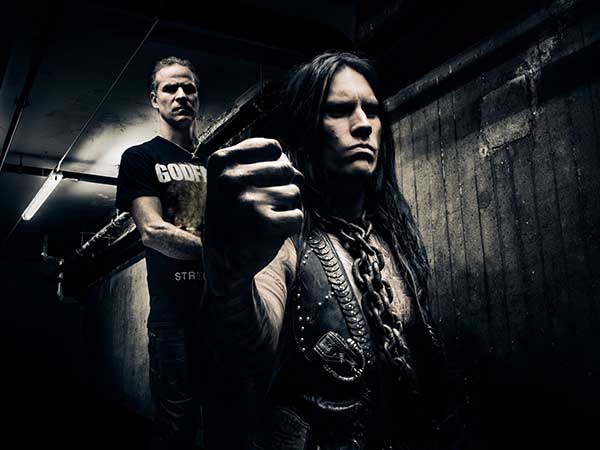