“New Level of Malevolence” – The little album that by could and should… But never was. And since Sterbhaus won’t accept that – the Stockholm outfit is now back with a whipping, spanking and thrashing live album recorded at that particular albums release show.

Sterbhaus – Who claims to wield Metal Deluxe (Timeless Thrash, Death, Black and Heavy Metal without being retro or modern) reinvented themselves in 2011 as a quartet with Marcus Hammarström (Elvira Madigan, Shining) on vocals and from there on started touring Europe with Vader, Melechesh, Shining, in South America and also appeared at festivals like Blastfest, Rock Harz, Metaltown etc. At the bands peak they were quite a gruesome and respectable live act, and the new live album “Necrostabbing at Göta Källare – Live in Stockholm” is truly testament to that. That whole show was in fact also filmed professionally in its entirety and is subject for streaming release together with the album later on. Now, how’s that for a surprise treat??

The band had pretty humble beginnings in 2007 as a five piece with quite a different line-up. The idea was fairly simple – well… If there actually was an idea… But in general it was mostly about fooling around with instruments that were second choices for some members and to not take the result – or anything for that matter, so bloody serious. There was however an apparent streak of quality in what the band did even from the start so for every new release the band shed some of the more nonsensical stuff in benefit for a more feisty and satirical agenda. Sure, the humor and direction shifted but one can always argue that the charm and fantastic vibes of the bands early days was hard to shake off – and the world is probably better off for it.

Famous for their original and ground breaking high quality music videos Sterbhaus sports quite the back catalogue these days. From the sock puppets of “House of the Dead Dwarf” to obscure dinner parties in “Frogboiler” and from the motley crow troupe always trying to score more seeds on the streets of Stockholm in “Absolutely Do Not Die” to the bizarre journey of Ensign Ingar in “Crossed and Pissed and Devoured” and then to the over-the-top gory cult video of “Bloodbarf” there is much to experience. Just recently… the band put out a hilarious video mocking the ridiculous phenomenon of reaction videos. Sterbhaus is something as rare as a fresh breeze and a blistering whirlwind in a somewhat stagnant scene that seems hell bent on hindsight. This is a mixed blessing of course… As Sterbhaus seems to fit basically everywhere and nowhere at the same time.

After the rebooting of the band in 2011 Sterbhaus released “Angels for Breakfast… And God for Lunch” in 2012, “New Level of Malevolence” in 2015 and the rather unorthodox Christmas EP “Krampusnacht” digitally in 2016 and physically in 2019. The unexpected hiatus in band activity can be attributed to Marcus joining Swedish extreme metal act Shining and Erik joining Ondskapt but more importantly – due to the overdose of bad karma that followed the release of “New Level of Malevolence”. Three extensive European tours, an Italian and a German tour as well as a return to South American were all cancelled and left the band in an uncomfortable spot of not being able to promote their best release so far. The pause the act is wedged into today is however up for interpretation. Although having officially stated that the band is due to end things soon, the reality is actually quite uncertain.

Live performances have for various reasons been shelved indefinitely and focus has been shifted to get more long due tasty stuff out. The physical release of “Krampusnacht” was one of those, the live album is another… And a brand new studio album is currently also in the works. Right now anything can happen. 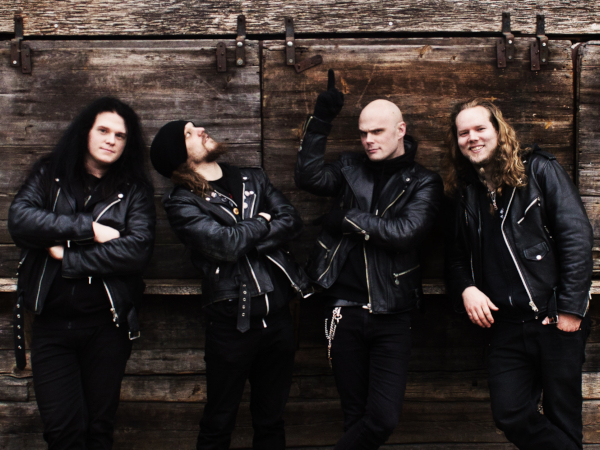