When encountering a rock’n’roll band like the 5-headed powerhouse of STRÖM, you will never be able to escape the feeling that there’s a “before” and an “after”. That’s how it works – once your ears are exposed to something that you have never heard, but at the same time so damn good, you simply start asking yourself: “How the hell is it possible that no one has done this before?”

Well, if you know your rock’n’roll encyclopedia well enough you can pretty easily map out from where this band cherry-picked their influences – such as for example The Darkness, Airbourne, AC/DC, Bon Jovi or the way that Kiss sounded in the mid-to-late 80’s. And then we still haven’t mentioned any of the fellow Swedish compatriots (such as Hardcore Superstar, Pugh Rogefeldt, Magnus Uggla, Noice), neither have we referenced any Danish counterparts (D-A-D, Pretty Maids), or Norwegian for that matter (Turbonegro et al).

Here’s the catch though: Instead of sounding like any of all of those acts in particular, STRÖM kind of sounds like all at the same time. All mixed into one giant concoction of honest, accurate, straight-forward, no-bullcrap, balls-to-the-wall, good-timin’ rock’n’roll, without ever sounding a tiny bit over-produced or fabricated. This is partly thanks to the massive production control the band has attained by recording the debut album almost entirely on their own in their hometown of Växjö, but also because they hired the much experienced and acclaimed Swedish producer Johan Forsman Löwenström (Håkan Hellström, Weeping Willows, The Soundtrack of our Lives et al) for mixing and mastering duties. The album sparkles and shines thanks to him.

So, what’s the best part, you may wonder? Well, the fact that STRÖM sings in Swedish will further underline the fact that this is a band we have been waiting for. These days it shouldn’t come as a surprise to anyone that rock’n’roll or metal bands singing in their mother tongue have a large capacity to reach audiences far and wide outside of their home shores. It adds a different scent, it’s unique-sounding, cocky, confident and brave. The fact that STRÖM already have negotiated with booking agents in countries like Spain, Germany, Austria, The Netherlands and Belgium proves that this band goes beyond borders.

Zdravko Zizmond (vocals), Calle Sjöquist (guitars), Johan Siljedahl (guitars), Joel Carnstam (bass) and Tomas Salonen (drums) have been playing together under the STRÖM banner for less than three years, but the debut album they’re putting out is a work of excellence. From the infectious opener “Tiden sjunger” to the closing heaviness of “Blodsband” this album really packs a punch, perhaps most notable in stand-out tracks such as the groovy “Vass tunga”, up-tempo rocker “Ta mig tillbaks” or the anthemic “Hatet”. Lyric-wise it isn’t all fun and games however, the band touches a few subjects that are not very common in rock’n’roll lyrics. In “Gul & Blå” singer Zdravko Zizmond sings about the thankfulness he felt when arriving in Sweden as a kid, being born in Croatia. The massive epic of “Ensam är stark” has a lyric about the challenges and hardships of being left alone after a painful break-up, sung through the eyes of a single mother.

STRÖM’s self-titled debut album is the first chapter in the career of a band that we will learn to expect a lot from. Nonetheless – there will be a “before” and an “after”. You will simply never forget the first time you hear STRÖM. That’s just the way it is. 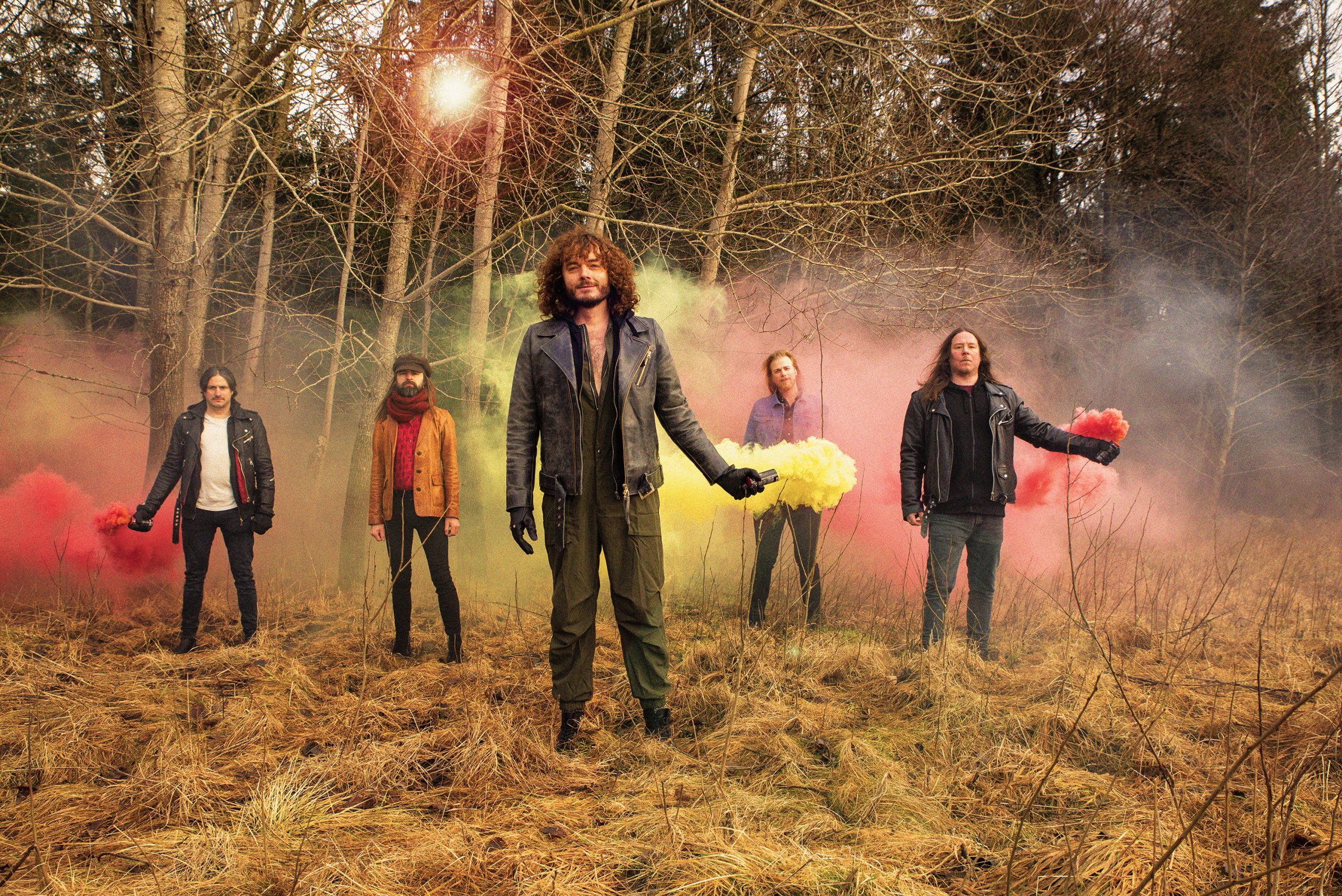 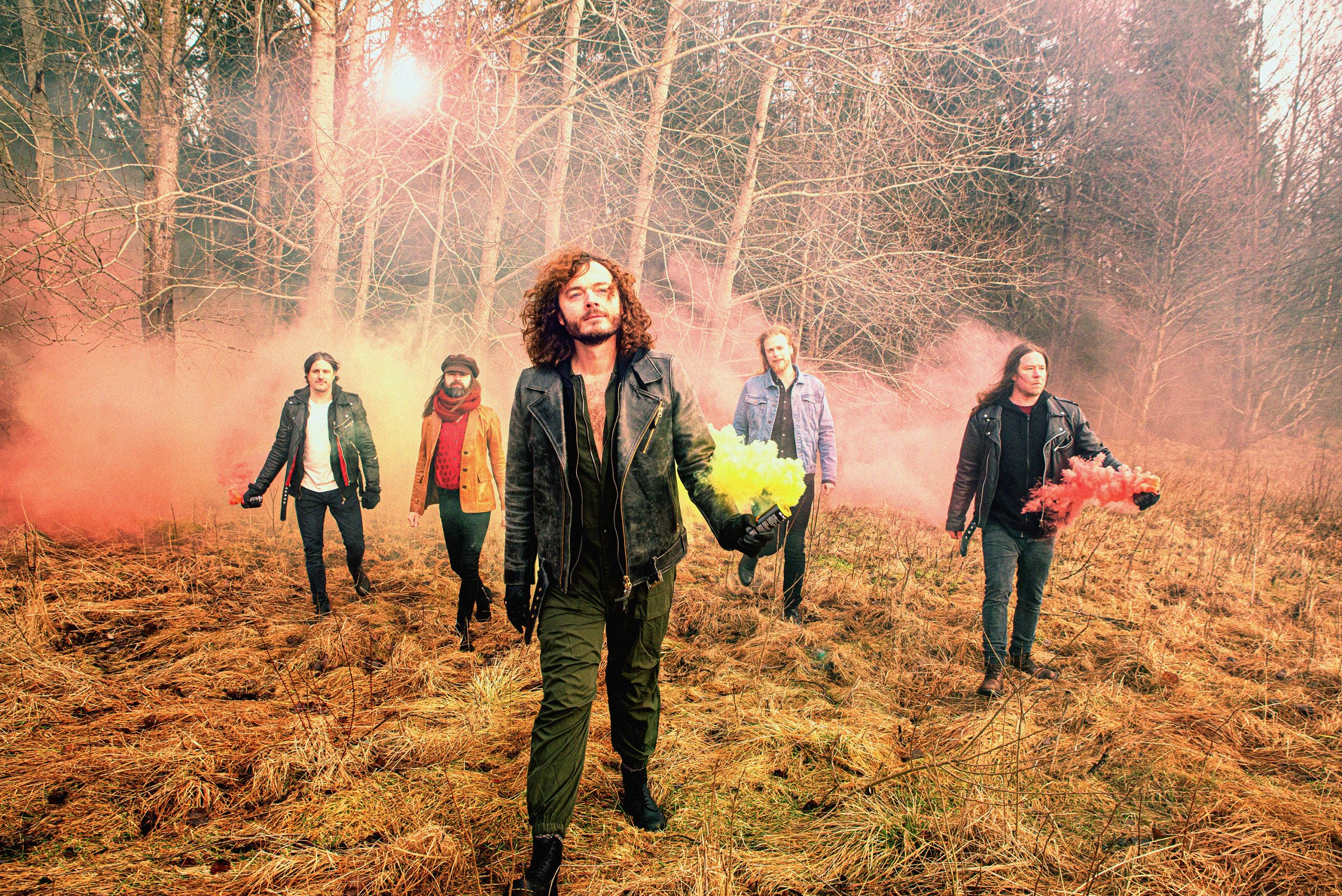 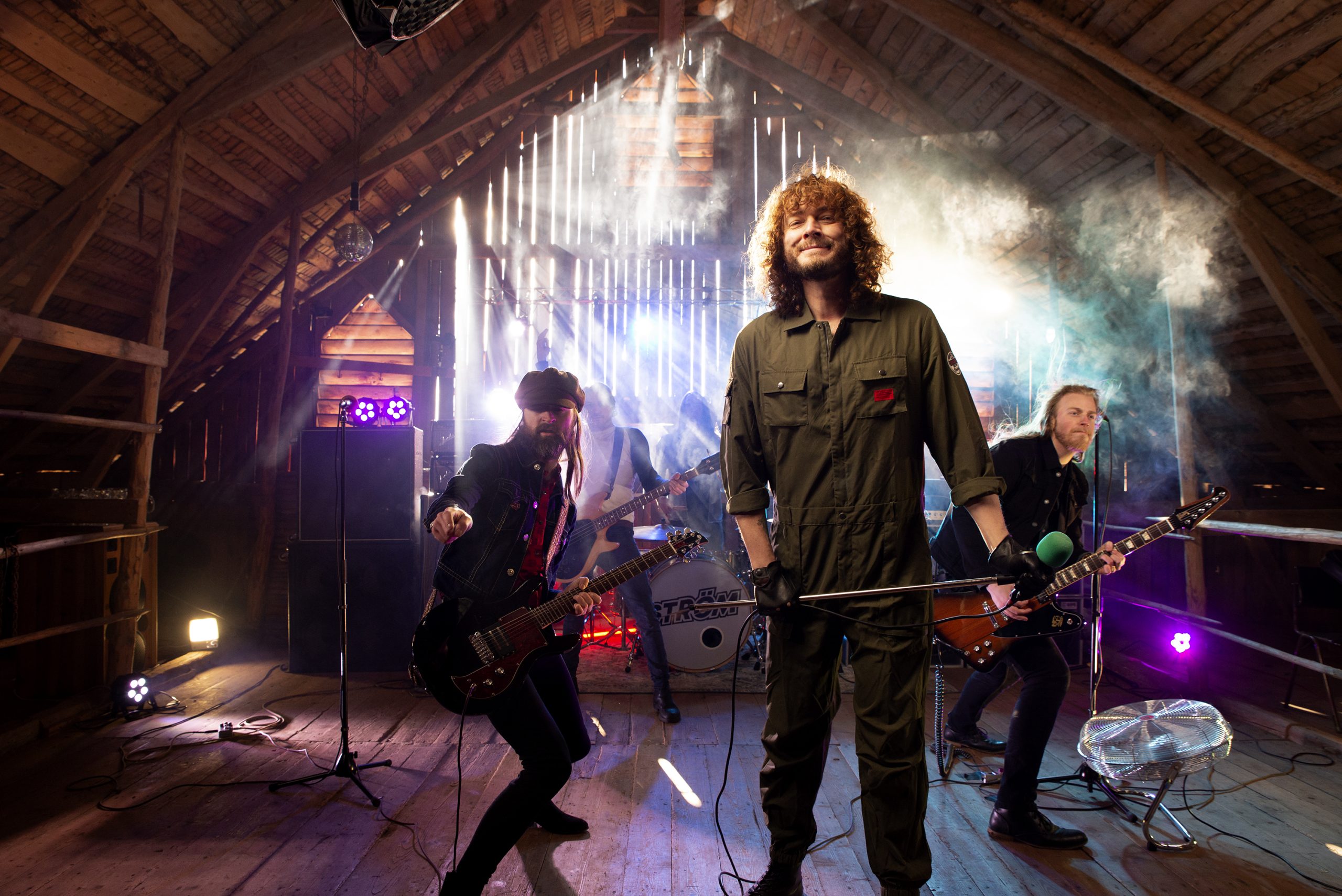