WORMWOOD was formed in 2014 when a small group of friends decided to create something different. It started off as a Black’n’Roll band but something was missing. Shortly after its inception Nine joined the band along with J.Engström. With new fuel to the wintry machine they embarked on a journey through uncharted territories.

Their first release, The Void – Stories From the Whispering Well was a hit in the underground scene in Stockholm 2015, but it left them unsatisfied, so they went back to the drawing board after an European Tour.

With this new-found vigor they released Ghostlands – Wounds From a Bleeding Earth in 2017. Now the world started to know who WORMWOOD was. The reviews started to pour in and a plethora of superlatives filled magazines and webzines.

More tours and live gigs throughout Europe ensued and the urge to create something even better, more magnificent started to occupy their minds. In 2018, just a few selected gigs were performed, because something was starting to take form. Soundscapes of forlorn Swedish melancholy, stories of famine and tales of unspeakable horror all of these are the backbone of Nattarvet.

While Ghostlands focused on the awe-inspiring cosmos and grand Scandinavian vistas, Nattarvet (Night-Heritage) is something more personal. It’s about the people who we forgot, people in isolation, families who died because the winters were too harsh, the scarcity of food and comfort within the hamlets in taiga of Sweden.

When Nattarvet got released in 2019 the goal for WORMWOOD was to play all over the world, tour and be as active as ever, but we all know what happened in 2020. Because of the pandemic the tours and gigs were postponed indefinitely. As luck have it they had already started to write their new album in the end of 2019. Instead of clamouring about the loss of gigs, the creation of their latest opus was set in motion.

Arkivet (The Archive) was released in 2021 and it follows mankind’s inability to take care of the earth. The album takes you on a sojourn across lands soon devoid of people, a not-so-far-future where flames become citizens. Arkivet will also tell you about the men and women who lost their minds, their will to leave and homelands.

This is our last transmission to a world we never really knew. 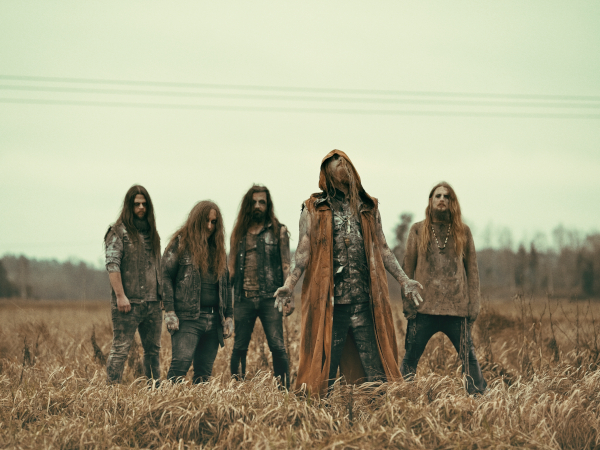