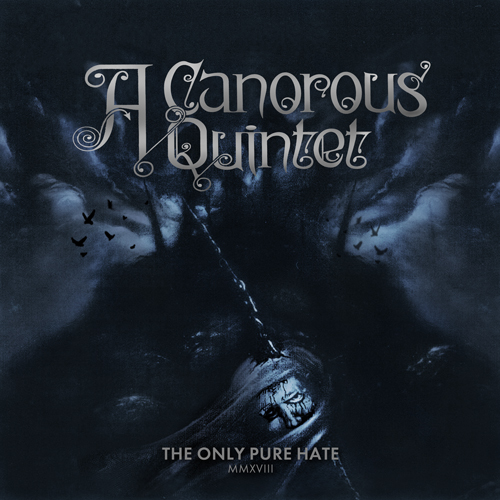 Album by A Canorous Quintet

– Re-recorded release of the classic album from 1998

– 20 years since the original release

– Recorded at the well-known “Studio Gröndahl”

– Including members and previous members of bands such as AMON AMARTH, MÖRK GRYNING, GUIDANCE OF SIN, THIS ENDING & OCTOBER TIDE

This year “The only pure hate” has it´s 20th birthday. Due to the quite poor sound quality, the band decided to enter the studio and re-record the album giving the album a new chance with great sound quality, as well as a way better performance.

This year the album “The only pure hate” has it´s 20th birthday. For this celebration the album has been re-recorded. But not only due to the anniversary, but also because of the poor sound quality on the original recording. For that reason we think that the songs deserves a new chance. The release will include a previously unreleased track called “The plague that haunts me” which was meant to include on the original record but was dropped at that time.